November is yet another month with two beautiful gemstones to adorn its births. These gems are citrine and topaz. Min this feature, we will examine the significance and appearance of each gem so that you can easily make an informed choice which gem is best suited for your November baby. The stones meaning could be that of representing the character or what you hope a newborn will grow up to be. Whichever the case, here are some guidelines when shopping for November birthstones.

We will start with topaz which is a beautiful gem that presents as a range of colors from blue to a deep red or fiery orange. Citrine, on the other hand, is only an orange colored stone and cannot be confused with most other gems because of its fixed color. For a gift that will look good for a lifetime, one of these two rocks will do. It shows just how much thoughtfulness was put into the gift. The recipient of your gift will always think fondly of you when they admire the rock for decades to come.

For those who follow zodiac signs, he dual represents the Sagittarius for the period between November 23rd and December 21st.  they make dynamic dual, that you can rely on to spark a conversation at any time anywhere making them an ideal piece for jewelry enthusiast’s wardrobes and for everyday wear. Topaz and citrine are both just beautiful gems and not just for November birthstone, that we all crave to get more of.

Topaz is endowed with the ability to take on many colors and therefore if brown is not exactly your favorite color, you are not forced to stick with it just because you were born in November.  There are a range of colors you can choose from so that at the end of the day we all take home the most beautiful birthstone we are all proud of. Each gem is unique just as the person that you are getting this for. 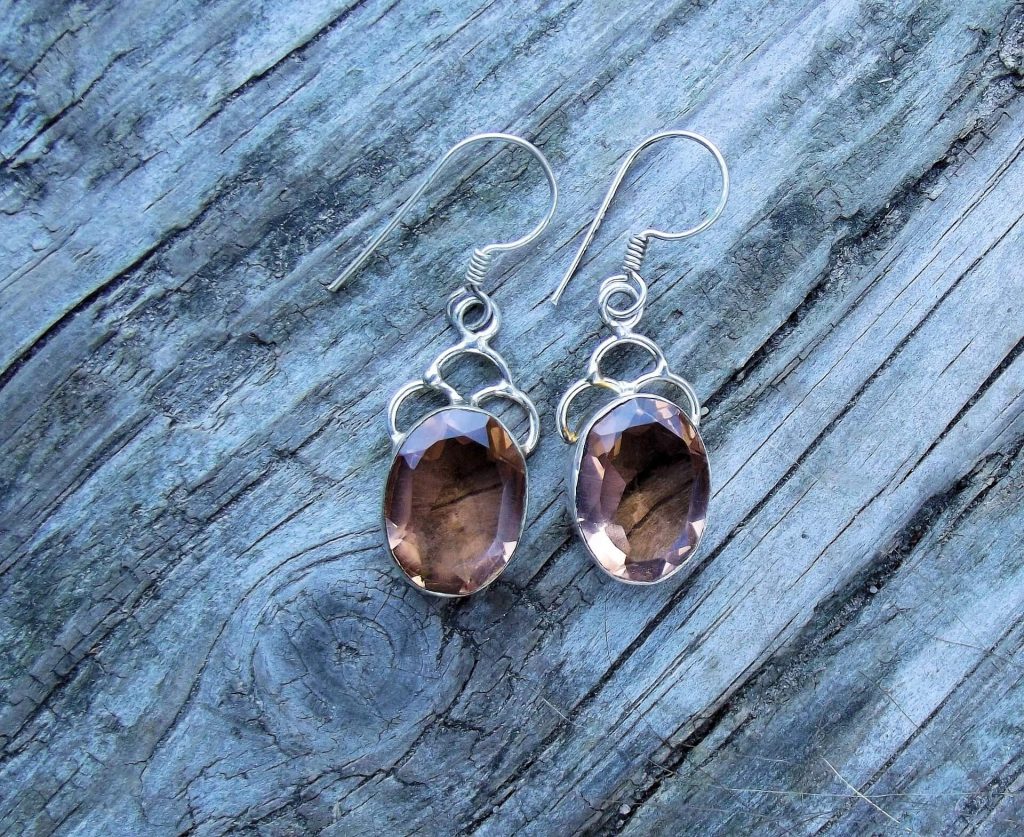 This stone was thought to symbolize the sun in the ancient days. And we all know that the sun is the source of power, light, and life itself on our planet. Perhaps the intense fiery orange color of the rock made the connection with the sun. Ancient civilizations used topaz to make many of the artefacts such as talismans. In Egypt the god of the sun was one of the respected gods and so was topaz.

Other variations of the stone are blue, yellow, orange, red and even pink. Slight mixtures of the rock materials will be resulting in almost any other shade including champagne. Similar to other color variant gemstones, topaz will easily pass for other gems like quartz. Without modern testing equipment and knowledge of mineralogy, it is not easy to distinguish the gems with certainty. Just the same, topaz is most abundant in its blue color. You will find that natural gems of any other hue can be irradiated to bring the irresistible blue color. This is the conventional way to treat blue topaz stones since it does not destroy the structure of the rock material. Matter of fact, this treatment will add value to your gems.

Topaz make one of the important marks on the MOHS scale with a hardness of 8 coming in third after diamonds and rubies. Even though 8 is less than 10 for diamonds, it is worth noting that this is a very hard substance. The third hardest substance on the planet might as well be the hardest thing in your home. This means you can rest assured that your gems will retain their shine even with a daily call of duty. Just don’t store your topaz with your diamonds which are the only substance that can scratch them under immense pressure.

There are two major types of topaz that we cannot fail to acknowledge. These are the broader categories of imperial topaz and precious topaz. The latter is a yellow form of the gem that is mined in Brazil and is less valuable than the Imperial Topaz which is red in color and rarer.  As a result, the Imperial Topaz fetches premium prices in the market. 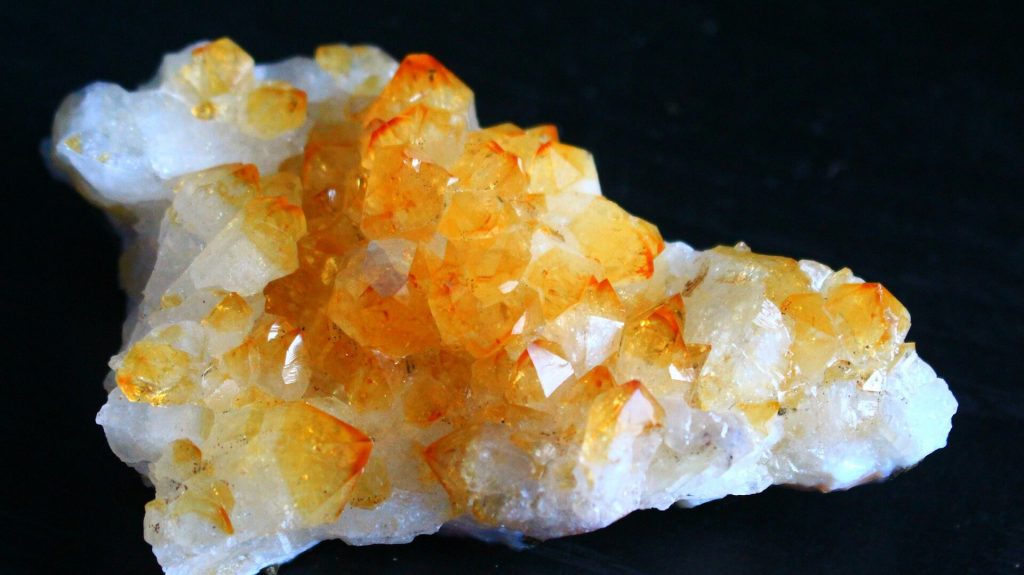 Citrine is a form of quartz that has the orange color only with only slight yellowish variants. The stone is believed to be a powerful piece with the ability to promote healing such as promotion of good health and vitality. This stone has been referred to as the healing quartz in some ancient texts. Like topaz, it is the zodiac sign for Sagittarius.

With citrine, the most abundant color, brown is less popular than the highly sought-after fiery orange variant. This shade of the stone is very popular among loves perhaps to keep the fire burning. The gem is durable with a 7 on the hardness scale and still indestructible with everyday wear. The mineral is common with mines in Brazil, Africa and Spain among a few other countries.

Citrine does have to with the citrus fruits since it is the French name for lemon. This has to do with the color of the ripe lemon likened to the bright yellow to orangey brown of the gem.

In history, citrine was treated as a protective gem to ward off venomous stones and evil thoughts. In modern society, citrine is widely accepted as a good luck charm and a means to attract great wealth and success.

The citrine and topaz dual are the ideal selection for anyone seeking great wealth and prosperity and certainly a noticeable addition to your expanding collection. For its value and worth, the stone offers more than you pay for it.

Because of their relatively higher availability, the stones are more affordable than diamonds and the likes but that does not make them any less beautiful or precious. It is a worthy combination of birthstone gifts that will be of great sentimental and monetary value to you and your loved ones.